My, oh my!  It’s been a while since my last update post and there is a lot to report.  So much, in fact, that I won’t even get to it all here.  There is a ton of news on the credit card front.  Nicoleen and I had a great time in Costa Rica and are working on some future trip plans.  A ValueTactics reader pulled off an amazing feat of free travel planning. . .  Let’s get into the update!


Household Points and Miles Activity for January and February

Here is two months’ worth of points and miles activity for us.  Starting with January:

There is a lot going on with travel credit cards at the moment.  It’s too much news to cram into an update post so I’ll simply list the highlights.  If any of these developments catches your eye, I’d encourage you to see what other bloggers and FlyerTalk posters have to say about it.

I’ve been having a lot of credit card discussions with my in-the-game friends and family lately.  Planning card applications is becoming a real science in recent months and years.  Through these discussions some of us have formulated and acted on plans; in the coming weeks I have a feeling I’ll have some card applications of my own to report!

Yes, we had a great time in Costa Rica last month!  Since we had already stayed at the Andaz Papagayo Peninsula the previous year, we already knew the drill and were able to get right into relaxation mode.  The motto of our trip was:  There’s tons of stuff to do in Costa Rica, and we plan on doing none of it!  🙂  The goal was rest and relaxation and we got our fill. 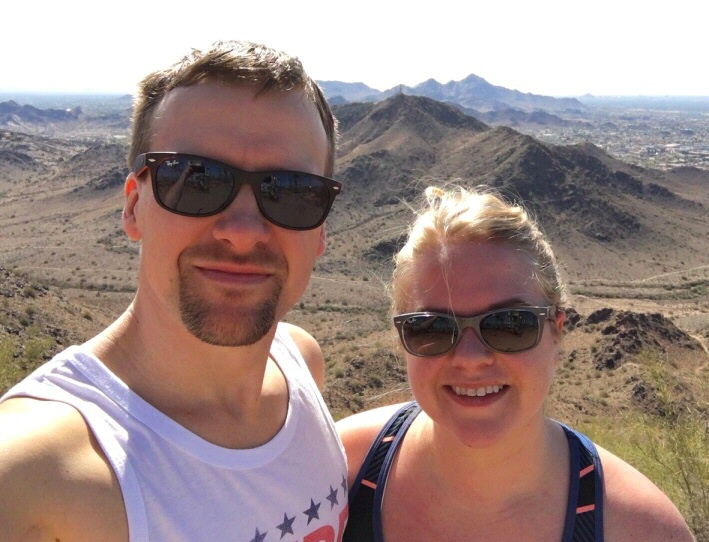 While their home state refused to let go of winter, Derek and Danie enjoyed the Arizona heat!

Stalwart ValueTactics readers Derek and Danie just returned from a warm-weather weekend get-away in Arizona.  Being stalwart readers, naturally they paid for their flights and hotel with points.  But that’s not the noteworthy part of this amazing feat of travel planning.

The noteworthy part is that Derek, in a frenzy, called me Friday mid-morning looking for some flight booking advice.  He had hatched a plan to get out of town for the weekend just that morning.  I helped him steer clear of some tactical errors and he continued his searching.  By late afternoon, he and his wife were on a free flight to Phoenix!  That’s hands down the fastest turn-around from concept to execution of a free vacation I have ever heard of!

Great job, Derek.  I’m tagging this post with Extreme Tactics just for you.  🙂

– Major Downgrade to IHG Anniversary Free Night is the latest “big news” devaluation in the points and miles world.  It also marks the end of an era for free hotel nights, as I explain in the article.

I thought it would be fitting to represent the last free free hotel night we used as the free travel photo.  Nicoleen and I used my IHG anniversary free night at the Crowne Plaza Northstar in Minneapolis back in January.  It was a convenient use of the free night but had I known then about the recent IHG free night devaluation I might have looked for a more valuable/interesting redemption.