(This is a data recovered post, originally published on July 7th, 2015.)

This review actually covers a two week period, and there won’t be another one until the end of the month.  Nicoleen and I left for our anniversary trip this morning so I won’t have the usual activity to report for the next two weeks.

Big Menards News
When I started my experiment with free stuff from Menards, I wanted to know how much stuff I could get if I maxed the quantity of every item that was free after rebate. I have run the experiment for 2 years and as of Sunday, it’s over. That’s right, I’m all done getting every free with rebate item every week from Menards. But that doesn’t mean I’m done with Menards free stuff. It just means the experiment is done. Now it’s time to analyze the data 🙂

This last Sunday there were about 7 concurrently running sale ads. Here’s what I ended up with for my last official Menards haul:

New Posts this Week
– Wedding Anniversary Trip – The Final Clue ended the suspense and revealed that Europe is the destination for Nicoleen’s and my 10th anniversary vacation.
– Timberlake Lodge, Grand Rapids MN is a review of my favorite hotel in Grand Rapids.  If you’re heading up there for the fishing or the other area attractions this summer, check out the Timberlake Lodge.  You won’t be disappointed.
– Chase Ultimate Rewards: Versatility Matters! explains what the big deal is about Chase Ultimate Rewards points.  Their value of their ability to transfer to partner programs can’t be overstated.  Read the post to find out why.

Travel News
Our anniversary trip is currently underway!  In fact, I’m writing this post from a computer work station in the American Flagship Lounge at ORD. 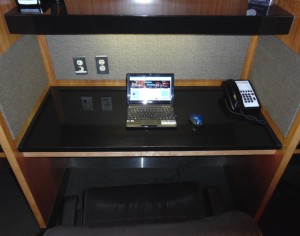 Stay tuned to ValueTactics on Facebook for photos and real time news on our vacation!

Credit Card News
Apparently Delta is once again sending targeted offers for the 50k bonus on the Amex Delta Gold card.  The public offers for the United MileagePlus Explorer and the Citi AAdvantage card are both down below 40k once again.

I was once again impressed by Chase customer service on Wednesday.  I called to ask for replacements for my old chip-less Sapphire Preferred.  The new cards come with chip and signature technology, which is required for most merchants in Europe.  I was instantly connected to a native English speaker and the whole conversation took about 45 seconds.  23 hours later a UPS overnight package arrived at my door with the two new cards!