Scraps from the table

In an effort to salvage what was undoubtedly a less successful effort last year, American Express is offering a consolation prize.  A few days ago I received an e-mail offer for double points when using an AMEX card at small businesses through December 31st, 2016: 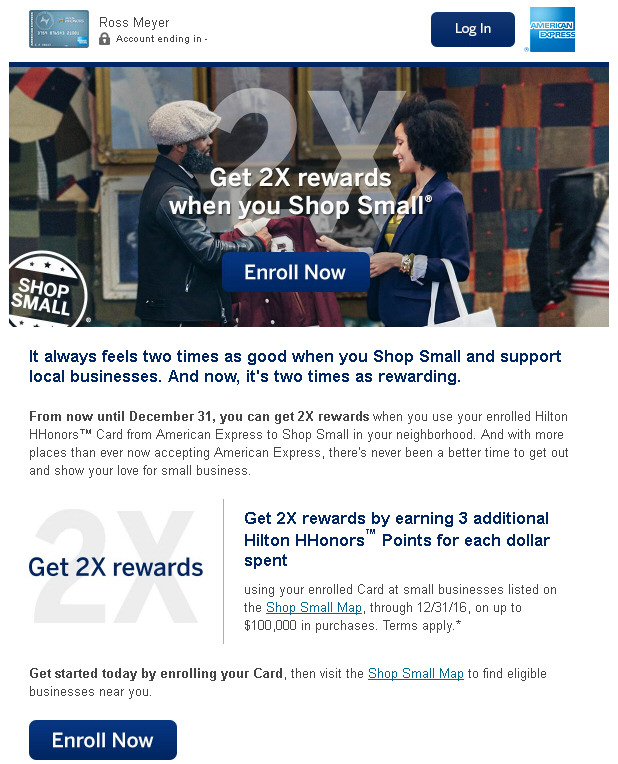 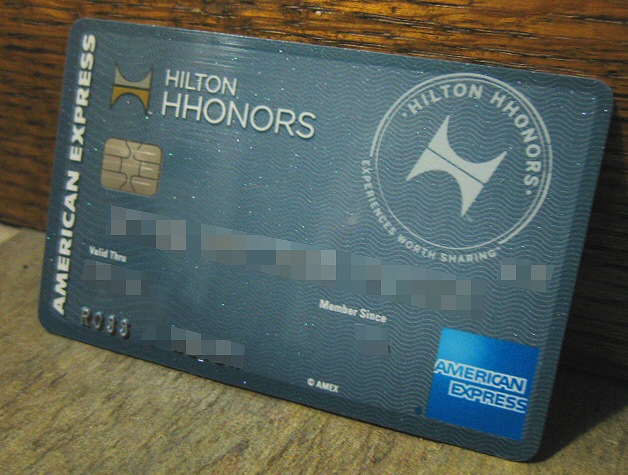 Most American Express cards are included in this offer, but you have to register each card to activate the deal.  Cards that already earn more than 1 pt per dollar on regular purchases will also double their points.  For example, my AMEX Hilton Reserve normally earns 3 points per dollar.  During the promotion it would earn 6 points per dollar at small busineses.  However, the same is not true with category bonuses (such as dining or travel) that some cards earn.  Check out the full official FAQ here.

Not a remarkable deal

For some people this promotion will be worth something.  If you already frequent retailers on the small business list, it might be worth it for you to get the double points with your AMEX card.  On the other hand, you may still get better value using another card at the same store.  This is especially true at the many restaurants that are part of the promotion, since some credit cards already earn extra points for dining establishments.  This is not even to mention other bonus offers that might be running on one of your cards, like the frequent promotions the Barclay Aviator runs.

Do the math before automatically assuming your AMEX card is the best one to use at one of these small businesses during the promotion.

The moral of the story

As I wrote about in my post about last year’s American Express Small Business Saturday, there is a lesson here.  And it’s an important one at that.  For several years people came to expect the statement credit.  Now it appears to be permanently gone.  If you count on deals, offers, bonuses, etc. to be there for you in the future, you’re misplacing your confidence!  All value tactics change and some disappear.

I liked what I wrote last year so here it is again: The key to capturing and creating value is to recognize and take advantage of good deals when they exist, and to move on and adapt when the current opportunities change or disappear.