Yesterday I got a letter from Chase that I was unexpected but that didn’t surprise me either.  It was to notify me that the annual free night benefit of my Chase IHG Rewards Club card will no longer be valid at any IHG property worldwide.  Beginning May 1st it will only be valid at hotels where the basic room cost is 40,000 points or less.  This is a huge blow to this card and the end of an era for hotel cards in general. 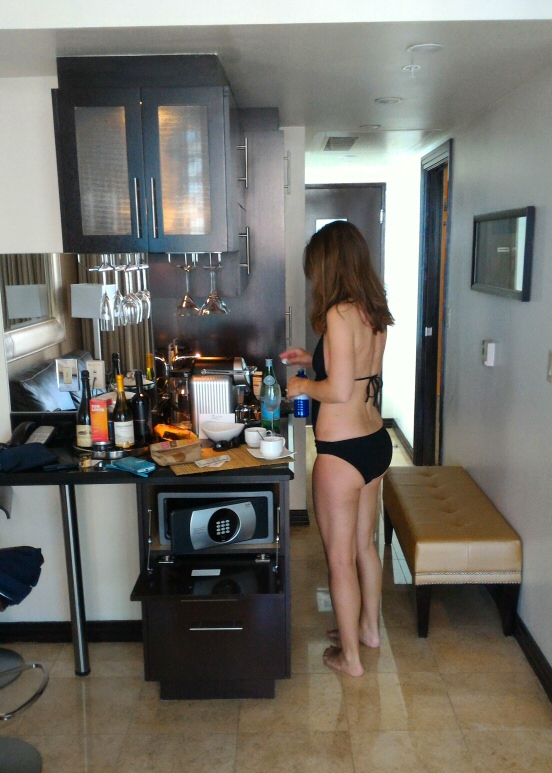 Our sweet suite at Miami Beach’s Z Ocean Hotel can no longer be booked with Chase IHG anniversary free nights. Its costs 50,000 points to book; 10,000 over the new limit.  The total cash value per night was $782.11.

What does this mean?

This means that some of IHG’s best properties are now off the table when planning to use the annual free night benefit.  Chase’s IHG Rewards Club credit card has a $49 annual fee and comes with an free night certificate every year on your card membership anniversary.  Until this change, the certificate could be used at any IHG hotel in the world.  As you can imagine, the opportunity for extreme value was incredible!


Award nights in a standard room cost between 10,000 and 70,000 points at IHG hotels.  Many of the top tier properties start at 50,000 points, eliminating them from the pool of available hotels for the free night benefit.  For example, last April for Nicoleen’s surprise birthday get-away, we stayed at the Z Ocean Hotel in Miami Beach for 2 nights; one paid with points and one by redeeming my IHG anniversary free night. 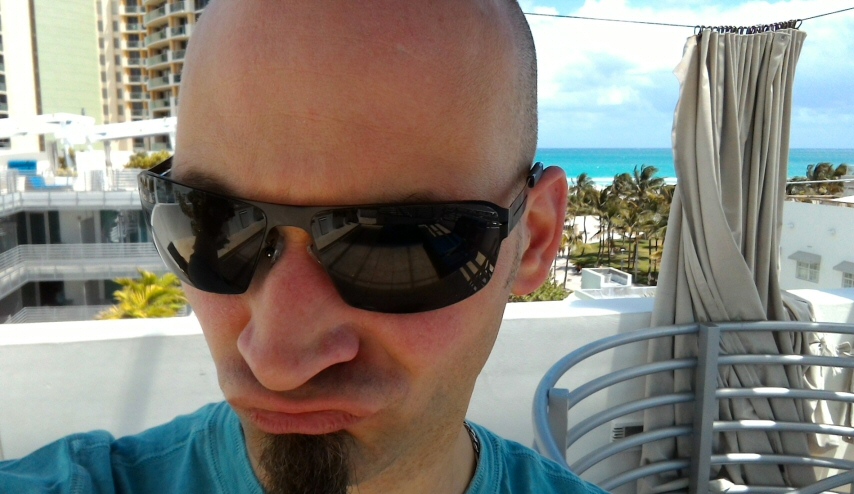 No more free rooftop balcony suites for this guy!

Any IHG anniversary free night credited to your account before May 1st still has the old terms attached and can be used anywhere.  Starting May 1st, the 40,000 point limit will be applied to newly credited certificates. 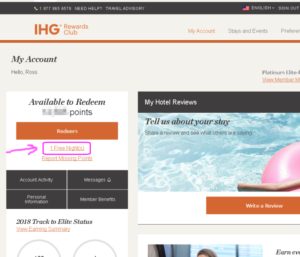 As you can see, I personally have an anniversary free night that was credited before the deadline.  I’ll have to use it wisely!  This isn’t the most popular hotel card around, but this change has personally affected me because it completely destroys one of the more ambitious vacation ideas on my bucket list.  I was working on a plan to spend 2+ free nights at the only resort in the world whose standard room is a $1000+ per night over-water bungalow. 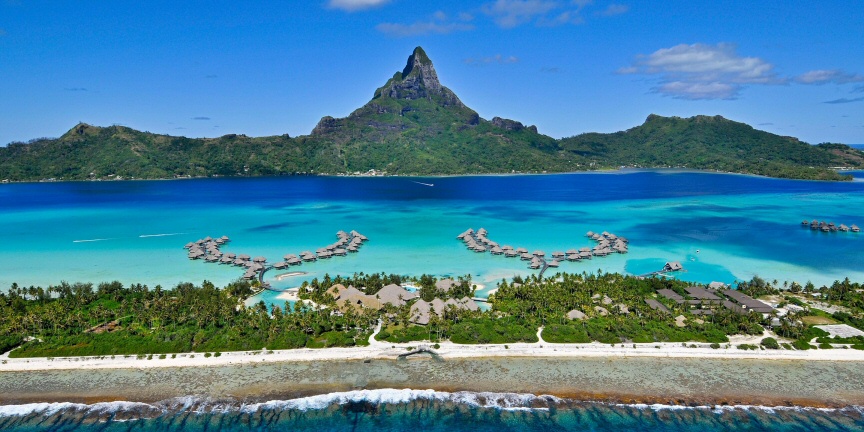 This ridiculously blown out paradise resort on Bora Bora is no longer available for IHG anniversary free night bookings. If you want some inspiration, check out the photos on this resort’s website: InterContinental Resort Bora Bora – Thalasso Spa

The end of an era

The IHG Rewards Club Premium World Mastercard is a unique hotel card.  For years, several hotel cards from different issuers offered a sign-up bonus of free nights redeemable at any hotel in the portfolio of brands associated with the card.  I call these kind of free nights (without hotel level or point value limitations) “unlimited free nights.”

As far as I know (please correct me if I’m wrong!), with the IHG anniversary free night downgrade, there are no more “unlimited” free nights out there, either as a sign-up bonus or as an card member anniversary benefit.

Does the IHG card suck now?

No.  For the $49 annual fee, it’s still extremely easy to get your money’s worth on a free anniversary night redemption.  My last certificate was used on a $109.48 redemption in Minneapolis.  Not as impressive as our Z Ocean nights last April, but still well worth the annual fee.  As of this writing the card also comes with a 60,000 point sign-up bonus, but this routinely jumps up to 80k, so I would wait if you’re thinking about applying. 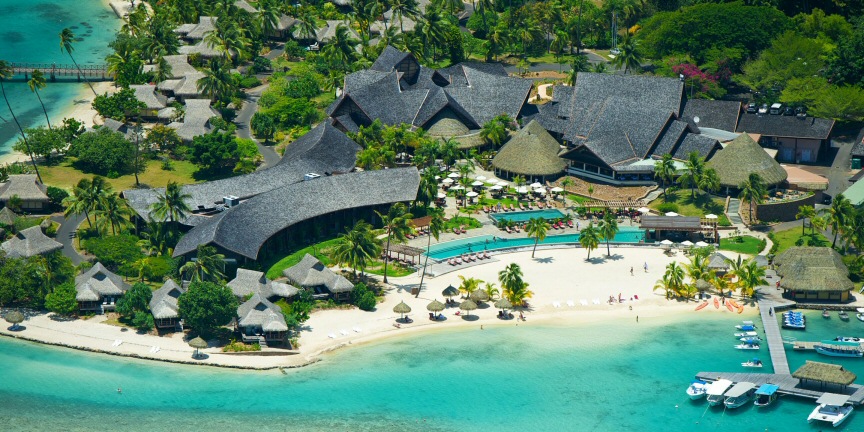 Sure, you can’t stay at the Thalasso Spa on Bora Bora with free nights anymore, but the nearby island of Moorea is home to this IHG resort that costs 40k points and is thereby still eligible.

If you’ve used these IHG anniversary free nights for killer redemptions in the past, count yourself lucky and wise.  If this is yet another devaluation/downgrade/nerf that you’re reading about without having taken advantage of the lost opportunity, chalk it up to another reason to GET OFF THE SIDELINES AND GET INTO THIS GAME ASAP!   Deals disappear and opportunities morph and change.  This is an incredible hobby.  Get in when the gettin’s good!

A big THANK YOU to all of those involved in this scheme – for keeping it a secret and for helping out with logistics.

Nicoleen’s birthday is this Wednesday, the 12th, and here is what’s in store for her:

We’ll be flying American Airlines and Southwest Airlines in economy for a total cost of $22.40.  I planned the flight itinerary so we will maximize the time on our two-night vacation.  The outgoing flight lands in Miami mid-morning and the outgoing flight departs late afternoon.

We will be staying at the Z Ocean Hotel, rated in the top 5% of all hotels in South Beach. 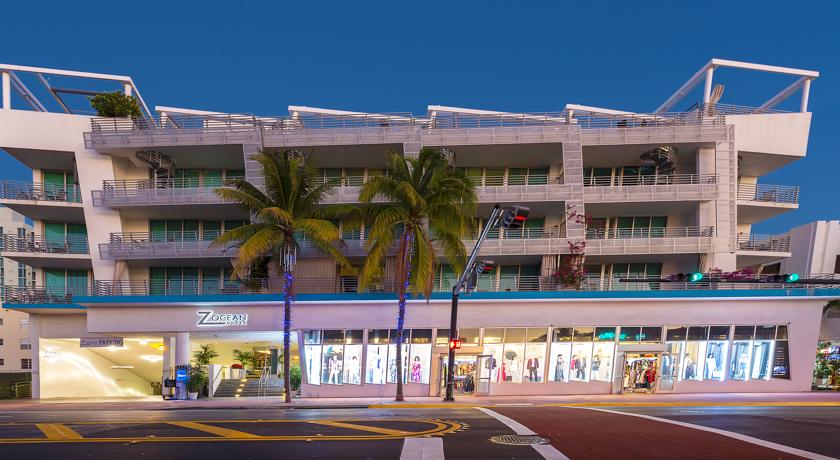 What’s more – because of my IHG Platinum Elite status as a benefit of the Chase IHG Rewards Club Select credit card, we got a complimentary upgrade to the rooftop terrace suite!

This room has a partial ocean view and a spiral staircase on the balcony, leading to a private rooftop terrace with a wet bar, lounge furniture, and our own private whirlpool! 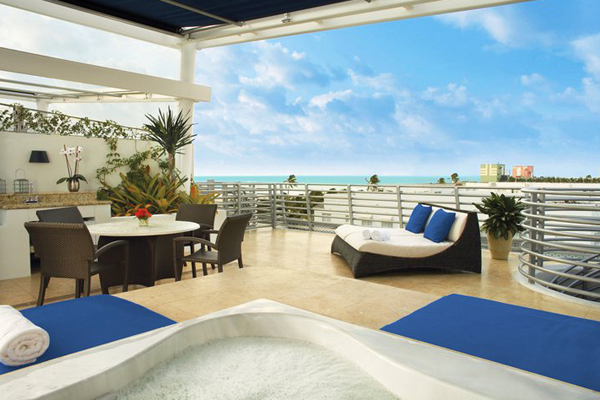 The total cost of our two-night stay at the Z Ocean Hotel is $0.00.

My wonderful wife does more than her fair share of the kid care planning and transportation, meal planning, school involvement, etc. in our everyday routine.  She deserves to have a totally care-free experience for this vacation, so all of the daycare, time off from work, airport transportation, and trip details are covered. 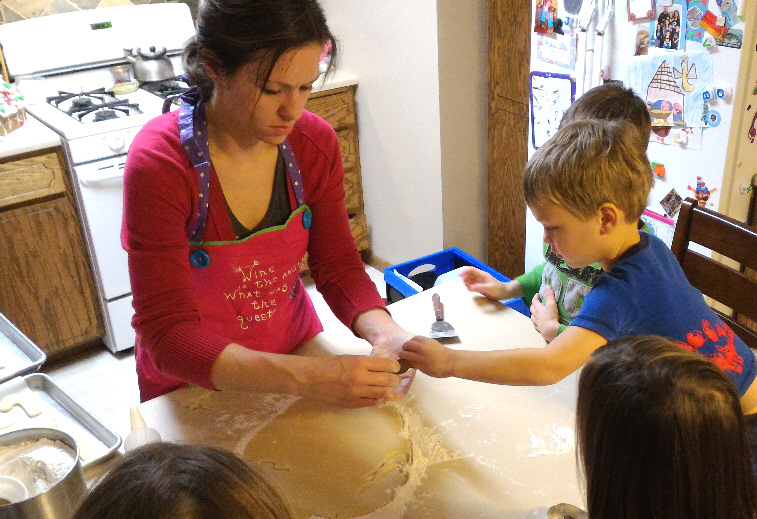 “Like” the ValueTactics Facebook page and look for live updates this week as we celebrate Nicoleen’s birthday in Miami Beach!