This guy is my hero.  David Phillips became a legend in the points and miles world when he earned 1,253,000 frequent flyer miles by taking advantage of a marketing promotion.  In 1999 Healthy Choice was running a promotion whereby 10 UPCs from their food products could be redeemed for 500 miles each (at your airline of choice).  They would double it to 1000 miles if the submissions were mailed before the end of May.  Mr. Phillips (a.k.a. The Pudding Guy) calculated that the miles were far more valuable than the cost of the food products themselves so he found the best deal in town, the pudding cups.  Like a good value tactician, he took full advantage of the deal before it was gone!  He bought 12,150 cups of pudding (among other food products) for $3140 and earned one and a quarter million miles! 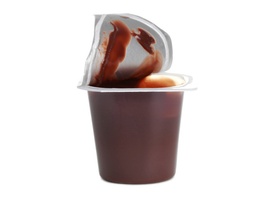 I can’t figure out how I was previously unaware of this legendary figure in the points world.  I recently saw the Adam Sandler movie “Punch Drunk Love” which features a fictionalized version of Mr. Phillips’s pudding escapade.  I loved the story so much I used a clip of it as a hook in my post, Don’t Hoard Points.

It was only after I used the clip that I decided to find out if such a promotion ever existed, and I discovered The Pudding Guy is real!


For a more detailed report of what this Hero of Value did, check out these links:

The archived Flyertalk blurb written by Mr. Phillips himself

A short video featuring commentary by the man

The wikipedia entry on David Phillips