Keep or cancel?  It’s the perennial question that comes up every time your credit card’s annual fee is due.  Should I pay the fee and keep the card?  Should I cancel it?  Or should I fish for a retention offer and base my decision on that offer?  All these questions can really be boiled down to one:  Will keeping this card another year be more valuable than the annual fee?


The answer to that question can be determined with some simple math, although assigning a dollar value to some card benefits gets a little subjective.  For example, the impact of cancelling a card on your credit score is hard to quantify.  Likewise, banks have different rules on how often you can get a sign-up bonus.  Keeping a card too long could hinder your future points-earning potential.  You need to consider these and many other factors when you calculate the value in each scenario.

Discussing all the different ways a card can provide value is beyond the scope of this post.  Instead, I will use a few recent examples of keep/cancel decisions that Nicoleen and I made to highlight some of the thought processes involved. 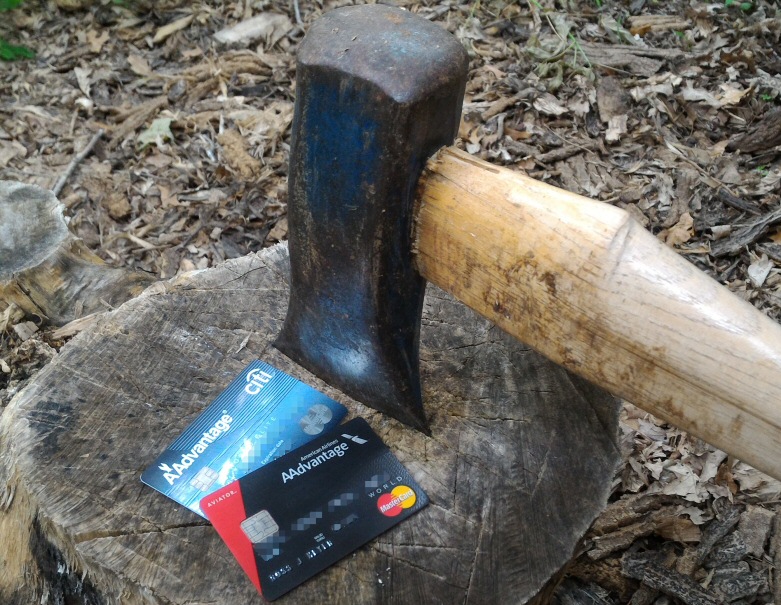 All credit cards eventually end up on the chopping block.

The annual fee for Nicoleen’s Citi AAdvantage Platinum was charged on the May statement.  She’s had this card for 3 years and has never paid the annual fee.  The previous two times the fee was due she called and fished for a retention offer.  Both times she was successful in getting the fee waived or reimbursed.  We even got a few bonus miles out of the deal. 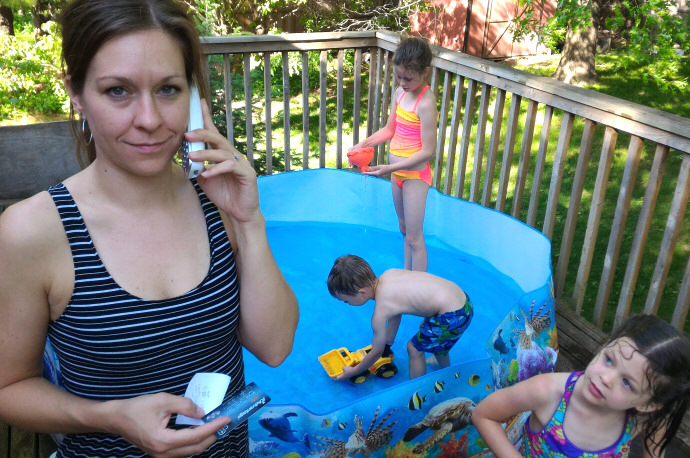 Citi phone reps are pretty easy to deal with, in general.  But I would still recommend finding a quiet place to make these phone calls!  This was not ideal, but it all worked out in the end.

This time she wasn’t fishing for a retention offer.  She just needed to cancel.  One main factor dominated this decision.  Before I explain that factor, here are the basics of the Citi AAdvantage Platinum MasterCard: 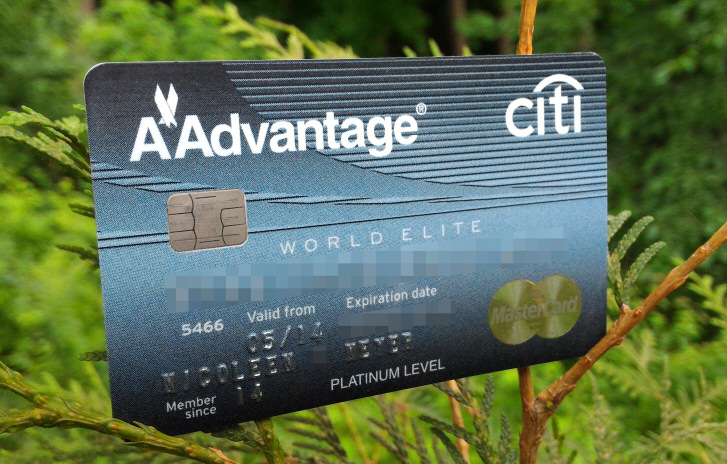 Long before my time, this card was one of the most churnable miles cards out there.  There were several card versions and each had their own sign-up bonus.  Some people would open multiple cards in a year and have several accounts of the same card at once.  Citi was very lax with the rules on opening accounts and getting sign-up bonuses.  It was the Wild West!

By the time I got in the game, a more typical strategy for these cards was thus:  String along annual fee waivers in order to keep the account open for free.  Doing so helps your credit score by adding to both your average account length and your credit-to-debt ratio.  Some time after 24 months (Citi’s old minimum time limit between sign-up bonuses for a given card), close the account and open a new one for another 50k American Airlines miles.

But recent changes have made that strategy invalid. . .

Late last year Citi dropped a bomb on credit card churners.  It wasn’t quite the MOAB that Chase dropped with their 5/24 rule, but it was disruptive enough to change my strategy on Citi cards.

The minimum time between sign-up bonuses is still 24 months, but it no longer applies to each specific card.  The 24 month timer is now shared among all cards of a given point type.  For example getting any Hilton sign-up bonus with Citi precludes you from getting the bonus on any other Citi Hilton card.

What’s worse is that the 24 month timer isn’t only reset by earning a sign-up bonus as it previously was.  It now also resets any time a card is cancelled or downgraded.  This is nonsensical to me because it incentivizes people to cancel their cards right after getting the sign-up bonus instead of continuing to use it for the following year(s).

The fact that it will be at least 2 years before Nicoleen can get any American Airlines co-branded card from Citi dominates all the other factors.  Any value she would get from keeping the card, even if Citi waived the annual fee, would pale in comparison to getting that timer going ASAP.  With Citi’s new bonus policy, cancelling this card was an easy decision.

NOTE: One silver lining of cancelling the Citi AAdvantage Platinum was that Nicoleen was able to transfer the credit to one of her no-fee Citi cards.  Therefore there will be no impact on her credit to debt ratio, which helps maintain a good credit score.

Another American Airlines card and another history of having annual fees waived.  Like Nicoleen’s Citi card, I have successfully had the annual fee waived twice on my Barclaycard Aviator Red.  Usually my retention offers also came with some nice bonus miles for easy spending requirements.  Last year they waived my fee, gave me 5k miles, and bonus miles on my upcoming spending.

Barclay’s generosity with this card seems to be coming to an end, however.  According to reports on Flyertalk, retention offers are gradually drying up.  Nicoleen found this out first hand when she was offered nothing late last year.

A little about the Barclaycard Aviator Red:

Other than the usual benefits of keeping a card open (credit score maintenance) the most compelling reason I had to keep this card was the frequent and generous bonus mile offers that came around.  –Read about some of these in this post.–  But without the annual fee waiver, the possibility of bonus offers definitely wouldn’t be enough incentive to keep this account open.

As expected, when I called I got no retention offers and decided to cancel.  I moved my credit to my Arrival card to minimize the impact on my credit score.  Now that the Aviator Red is available for new accounts, I may end up getting the card again sometime soon.  After all, I technically never got the bonus on this card, since my bonus was on the U.S. Airways card before the conversion.

Stay tuned for Keep or Cancel: Part II where I’ll show examples of cards we recently decided to keep.  I will explain what went into the decision and I’ll show just how much value we reaped from these cards to make them worth the annual fee.