For a while I’ve been hinting at a warm weather winter vacation for my wife and me.  We finally got the plans finalized and over the weekend I posted a few teasers on the ValueTactics Facebook page.

I showed a few screenshots of our online bookings.  I blurred out the locations but astute observers will notice the flights were on American Airlines and the hotel booking was at a Hyatt property.  So that narrows it down to about 1,850 destinations. . .

Most of those dots each represent dozens of Hyatt properties. (Courtesy of www.awardmapper.com)

Some of you already guessed it on Facebook.  Good job.  🙂

In early March, we’re returning to the site of this February’s “Long Weekend in Paradise,”  the beautiful Andaz Papagayo Peninsula in tropical Costa Rica! 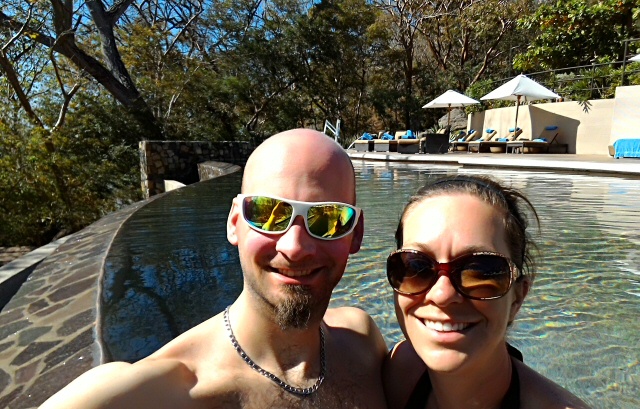 The planning for this trip was similar to the last time we stayed at the Andaz Papagayo.  I can’t typically get vacation time in the spring so we’re limited to winter months.  In order to get somewhere unequivocally warm in December through mid-March you have to get waaaay south.

The Caribbean is a tough nut to crack when looking to redeem anniversary nights from the Chase Hyatt card.  The anniversary nights are only good at a category 1-4 hotel, which are hard to come by in the Caribbean and Mexico.  The eligible hotels in those regions aren’t anything special and aren’t worth the trouble of a short vacation, in our estimation.  I wracked my brain looking for other options but all paths led once again to the Andaz Papagayo.

This time around the planning was much harder than last time.  I predicted a phenomenon that finally appears to have come to pass.  With the Caribbean resort capacity severely diminished due to hurricanes, many vacationers have had to cancel or rethink their winter travel plans.  Those who decided to find alternative destinations probably opted for nearby areas that weren’t hit by the storms.  Those would include Jamaica, certain smaller islands, and Central America. 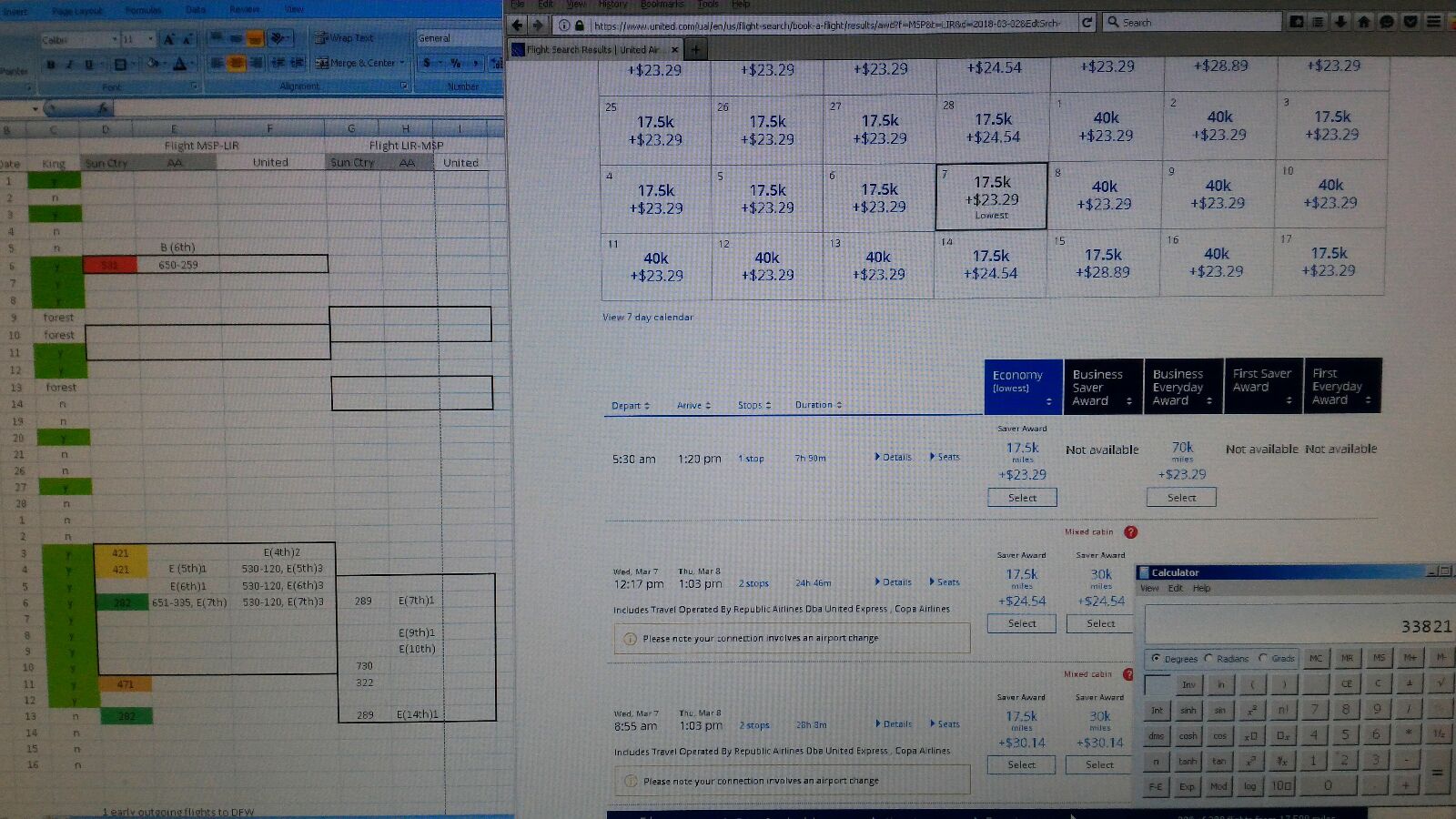 I literally couldn’t have done it without a spreadsheet. It was like a linear programming problem!

We planned our last Costa Rica vacation only a week or two earlier than this year’s planning, but this year the award night and flight availability was very slim.  I was forced to make a spreadsheet just to organize it all.  Eventually the puzzle pieces fell into place and we ended up with a FREE 4 night warm weather get-away!